A tribute to Christo van Rensburg 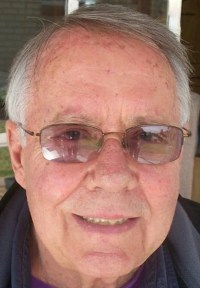 Christo van Rensburg, who died last week, was not only one of South Africa’s leading linguists, but also a considerable influence on my own work. It was particularly his voluminous report on Griqua Afrikaans that first brought him fame. My own debt to him is manifold: not only was he the supervisor of my doctoral thesis, but after he had set up and directed what eventually became known as the Unit for Academic Literacy at the University of Pretoria, he was instrumental in having me appointed as his successor.

It is for his generosity that Christo will be most remembered, I think. For that, along with imagination and cheerfulness, stands out as his most memorable qualities. He was rarely not in the best of spirits, and it was infectious.

He sidestepped bureaucratic hurdles with flair …

The fondness with which Christo will be remembered among academic colleagues stems not only from his congeniality, but also from the energy and direction he brought to studies of how Afrikaans emerged as language in contact and in conflict with others on the African continent. But it is primarily for his generosity that those who worked closely with him will remember him: Nothing pleased him more than seeing others flourish. He therefore did not take kindly to bureaucratic hurdles, sidestepping them with flair and without much concern.

When there was no linguist in the English department at the University of the Free State to supervise my doctoral thesis, Christo, at that stage head of the rival department of Afrikaans and Nederlands, happily agreed to my outrageous suggestion that he should supervise it, and, much to the surprise of colleagues on both sides of the divide, stepped in to do so without blinking.

There is another, personally tinted anecdote that sums up his approach. When an erstwhile, very important rector of a university where we were both teaching at the time called an urgent senate meeting at very short notice at exactly the time when he and I had agreed to go pick up, on the golf course where he was a member, pine cones for decorative and other domestic uses, I asked him what we would do. He gave his habitual good-natured chuckle, and said, simply: “First appointments stand.” We came home that afternoon with sticky hands and a full load of cones to divide between us, but in complete ignorance of what the important meeting had been about.

I notice that this tribute has departed from the norm. Unlike many others, it says more about Christo as a colleague than as a top academic performer, who recently added both the CJ Langenhoven and Jan H. Marais Prizes to an already prestigious career. It is no coincidence, and quite fitting, that Christo is first of all remembered for his humanity, but the third outstanding quality mentioned above, his imagination, should not be underplayed. It created just the right stimulus for his being able to see that Afrikaans might indeed have been in existence for well over 50 years before Van Riebeeck landed here, and to go find the evidence for that outlandish fantasy in ships’ journals. His imagination provided him with the creativity to explore many other avenues that other, less imaginative colleagues might not have dreamed of taking. It was a gift that also benefited others whose lives he touched. Though he was thoroughly in step with the times, at some stages even ahead of them, his erudition reminded one of that of scholars of an earlier age.

I shall miss acutely his altruism, his good cheer, and his collegiality.